Hi all!  We are all still doing good!

Yup, we have a kitten in the house (one of Shadow's)  the beans brought her in Friday night.  She started off in one of the bathrooms but only stayed there a couple hours.  Polli was meowing and alone, so TraciBug brought her into her room for the night.  Polli kept her up until 5 am, TraciBug finally gave up and went and slept on LaurynBug's bed.

Polli has been introduced to the Shelly and Sierra.  There is some minimal hissing and growling going on and it doesn't even phase Polli.  Polli just wants to play and be loved!   The beans are doing a good job of making sure they give Shelly and Sierra the same amount of attention as they did before Polli came inside.

Shadow and kittens are still on the balcony and don't even seem to be phased by Polli being gone.  Shadow will be going soon to get fixed and TraciBean is trying to find someone to take the other two kittens.

Any way, here are some pictures of Polli .... and yeah, and we named her Polli because of her polydactyl paws .. we have been trying to get some pictures but she is soooo active!! 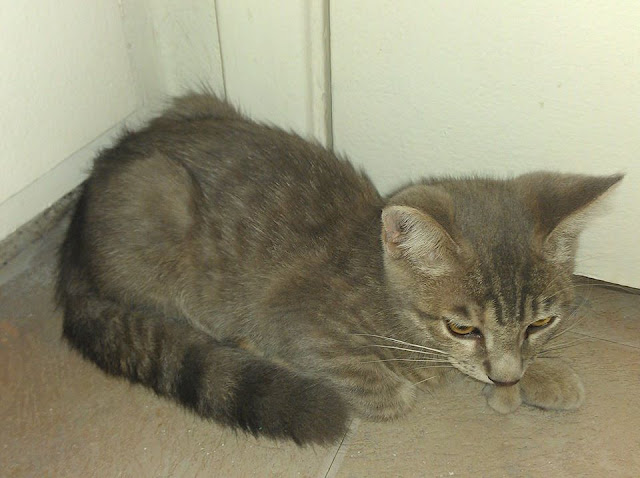 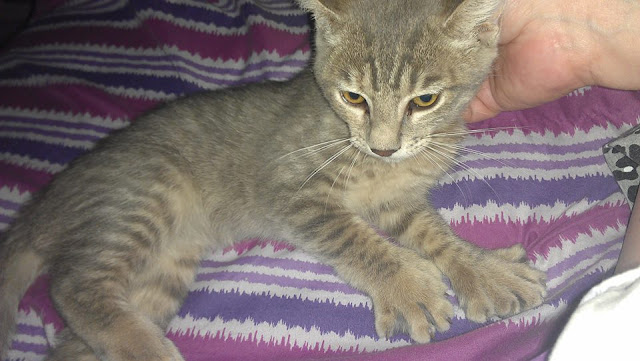 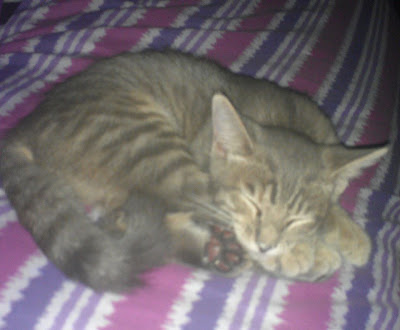 Monday -- Polli gets a collar 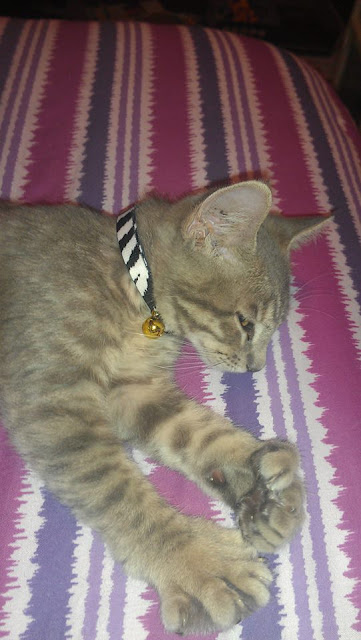 Shelly sniffing Polli .. .Polli is just streetching .... Shelly is not hurting her. 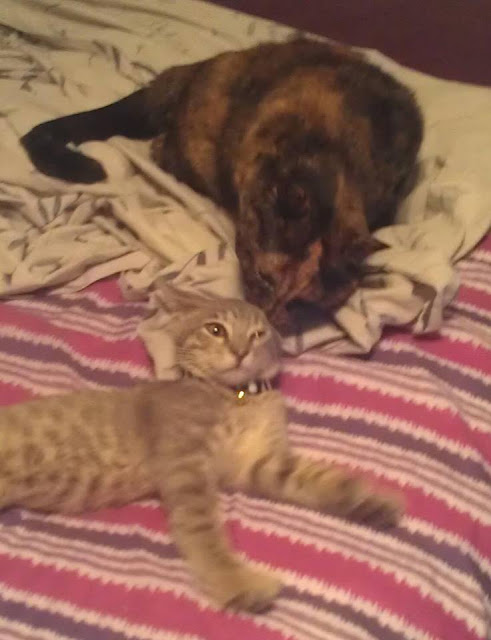 Oh my goodness are they the cutest!
Benny & Lily

OMC, look at those HUGE paws! Polli is adorable! She sounds like a sweet, happy girl.

Welcome Polli! You are a sweet baby and have some big paws to grow into and to fill!

Great news about Shadow and the kitties and welcome into the fold Polli. Nice one. We hope the other kitties find forever homes soon. Have a wonderful Wednesday.
Best wishes Molly

Good to hear from you again. What a cutie Polli is. It will be fun to watch her grow up.

Hello, nice to hear from you again. Polli is just adorable--look at those paws!

good luck with Shadow and congrats on the new baby....those paws are HUGE! :) we bet she brings you lots of joy and smiles....

Nice to meet you, Polli! Those toesies of yours are pawsome. :)

Kittens sure can bring joy to our lives. Congratulations and best wishes to you all!

We are so glad Polli has found a home. We will purr her siblings find homes too. She is a lovely little lady.

Oh I love it! Polly is adorable. Love her paws. We have just now started back blogging. Its so nice to see you guys.