Hi!  Sorry to be gone for so long.  Things have been a little hectic around here now that the girls are out of school for the summer!  I will try and do a better job of updating the blog.

MamaBug is doing ok.  Her pain is increasing, so they have been increasing her Morphine.  She is having a terrible time with her cell phone, sometimes she doesn't get it plugged into charge and other times she just forgets how to use it. :o(  I will be checking into getting her  a land line ... I think that will be much easier for her to use.

My job is going well.  The original project I was hired for ended last Friday.  The ladies that were on the project won't be returning until July 9th for the next training class ... so I am thanking God that I was moved to the different project. I've gotten things caught up, thank you so much for all the donations.  As always once I get caught up something else happens ... I have a $700 bill from the facility of charges that I have to pay.  They aren't covered by Hospice or Medicaid ... but I am going to talk to hospice about these charges, I just don't see how it's fair that I'm responsible for these charges as they are mostly evaluations.

I don't have any recent pictures of the kittys ... but will share some older ones.

Sir Andy is doing well, he's just trying to stay one step ahead of the girls. 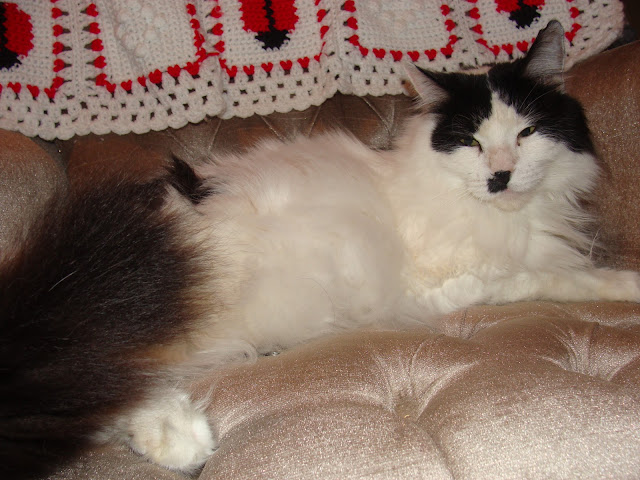 Shelly isn't hanging out in her hiding space in the closet as much.  She spends time out in the living room and even sleeps with me on the bed. 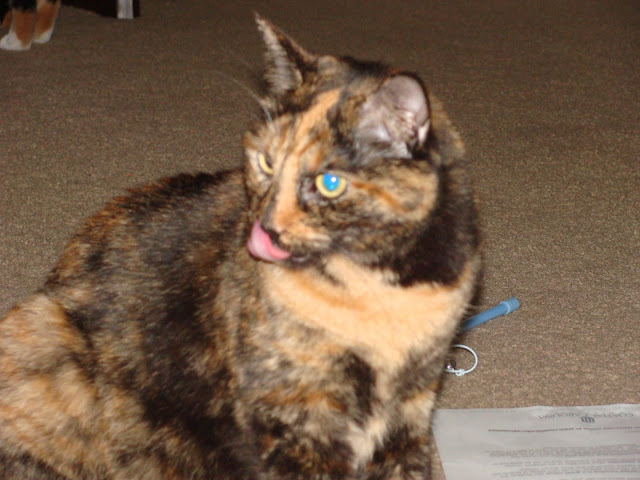 Sierra is still as squirrley as ever ... she goes non stop and is still dashing out the front door, but she dashes right back in.  She has also started dashing out on the back balcony ... so far she hasn't ran into MamaCat who stops by every now and again. 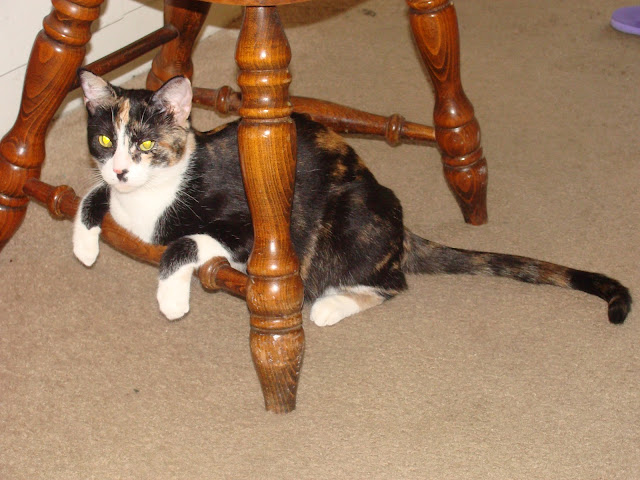 Hope everyone has a wonderful Thursday!!!!
xoxoxoxoxoxo,

So glad to hear you have a "bed buddy". Our purrs and purrayers are being sent to Judi-bug. Stay cool, furriends, we know it's hot, there. xoxo

Thanks for the update - purrs to all of you, especially Judi-bug.

Nice to hear from you again and have a happy first day of Summer.
Best wishes Molly

Me and Charlie continue to send purrs and hugs to Mum JudiBug!

Awww so lovely to see Sir Andy, Shelly and Sierra!!

Good luck and all the best with your job!! Take care
x

We are so happy to see everyone is doing fine. Little Sierra, you are so silly and quite the pawful!

Thanks for the update, keeping you all in my prayers...Glad the kitties are getting more comfortable...xoxo...J, Calle, Halle, Sukki

Thank you fur the update. I am sending you all Hugs From Our Hill.

Thanks for the update. Our paws are always crossed for mommabug
Benny & Lily

Sorry to hear that Judi is in more pain. We sure are sending her tons of purrs. Hope you can get those bills straightened out for the hospice charges. Medicare and Medicaid should pay for that. Take care and have a great Thursday.

We are sending lots and lots of purrrs to all of you. It was good to see the post this morning.

Thank you for the update ~ sending love and purrs to you all, especially Judi-bug. xx

It's always good to get an update from you. YOu do have your hands full - keeping an eye on Judy Bug, a job, family, and kitties. So sorry to hear Judy bug is hurting more these days. Hopefully they can give her something more for that pain. Purrs and hugs for everyone.

Thank you for the update we are sending comforting purrs for everyone.

We are glad to hear from you! We think of you often and know yo are very busy with family and work!

We are glad to see the update and that Andy, Sierra and Shelly are doing well. We are sorry to hear that Judi's pain is increasing. We are sending lots of purrs and hugs to all of you.

We have been thinking of you all. Big hugs to Aunt Judi from all of us.

Thank you for the update. Hugs and purrs and purrayers to JudiBug, and Tracibug, and Sir Andy, Shelly and Sierra.

Sending hugs and purrs, you are in our thoughts