Friskey Friday with Shadow and the Kittens 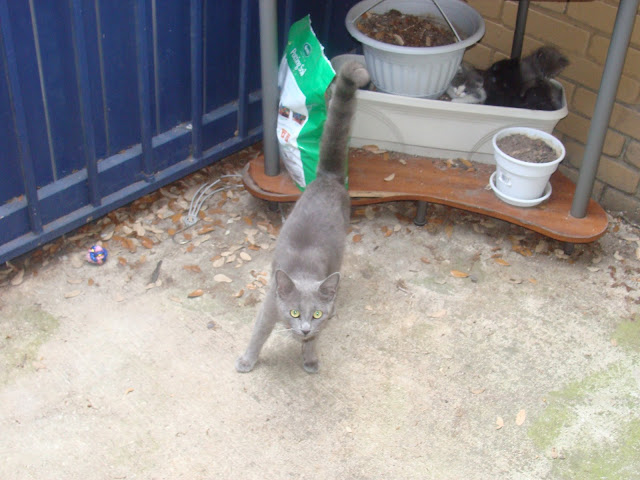 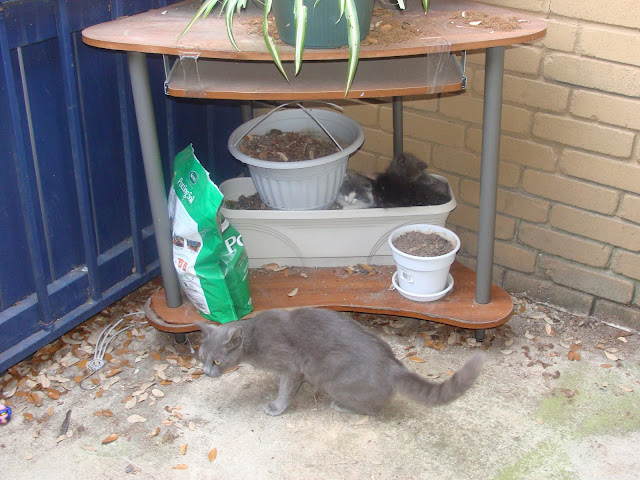 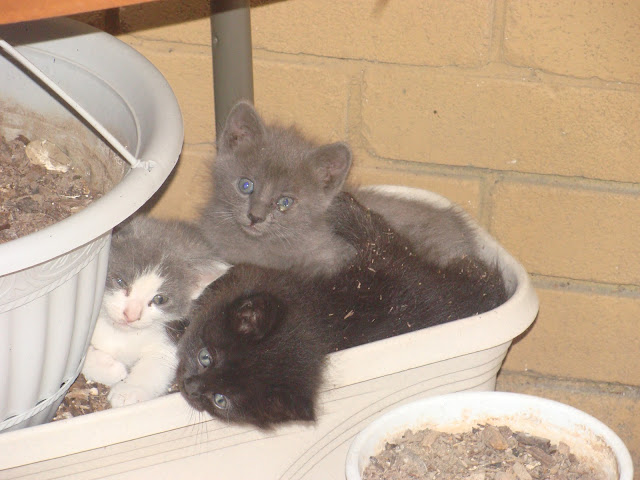 Don't think they really know what to do with the litter box ..... 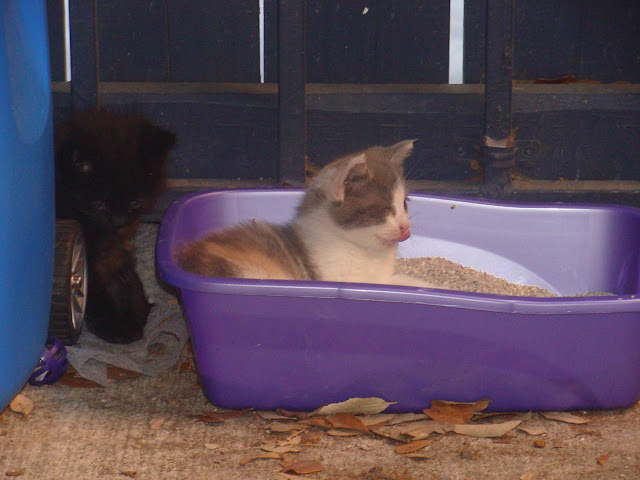 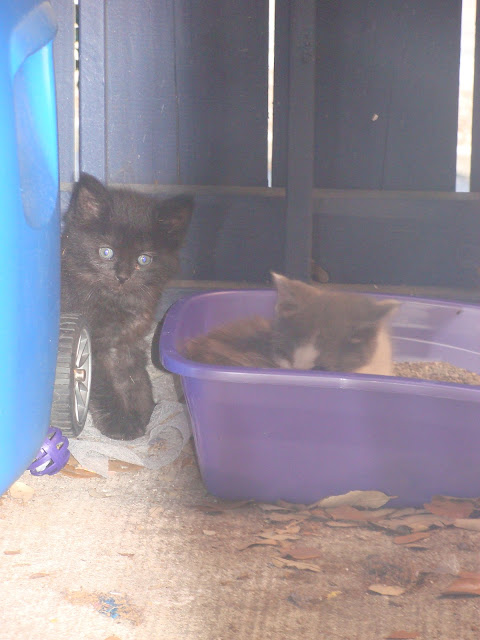 Mama and York grooming themselves after having some replacement milk 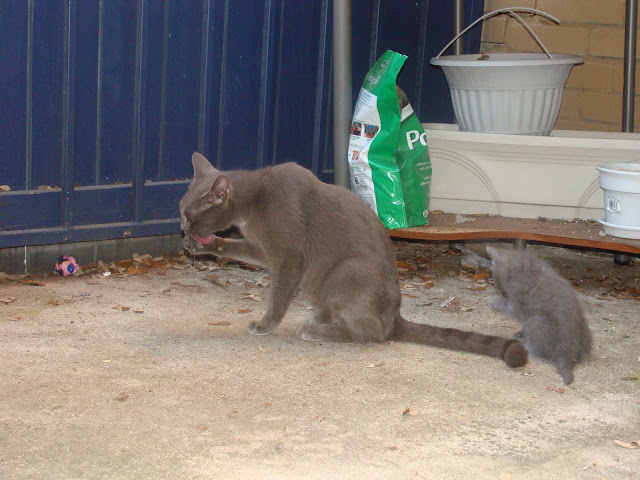 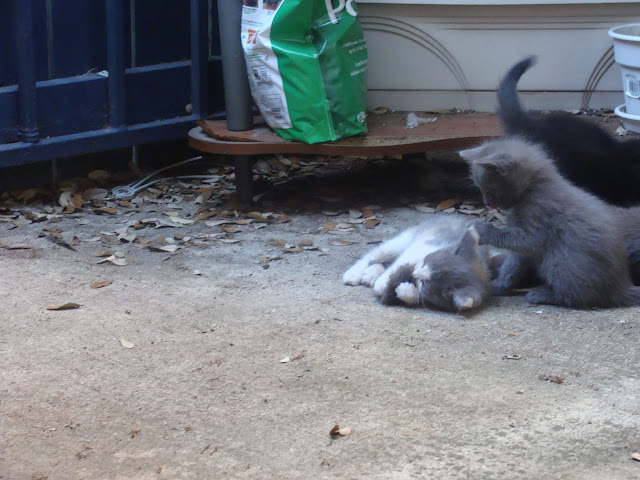 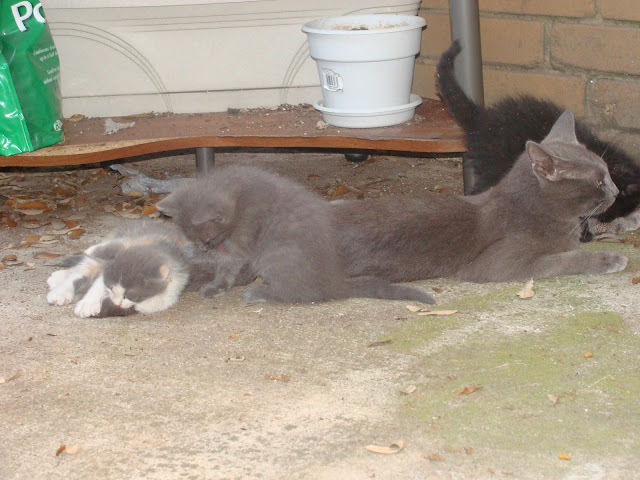 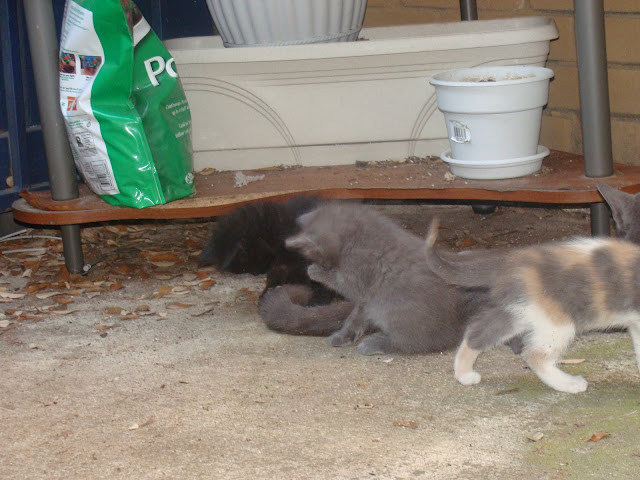 Now that you have enjoyed some pictures of us ...... time for an update.

The Beans have put out a litter box, but as you can see from the pictures above, Yale (black kitten) and Yoshie (multi colored kitten) think it's just another place to play.

We are still afraid of the beans when they come out onto the balcony .... Mama always growls, but we noticed that she doesn't hiss any more.  One day when Mama was gone one of the Beans brought us a bowl of something, the Bean got really close to us and we all three hissed.

The Beans like to sit at the sliding glass door and watch us .... they stick their fingers out and try to get us to come play with them ..... we don't fall for that, most of the time we are busy playing with Mama's tail.

It's so nice of you all to come and keep Judi and the other beans company!!

They are one lucky kitty family! I love the picture of Shadow and York grooming!

Awwwwww, aren't they all so adorable. I hope they soon realise that the beans are lovely people and that they are safe and sound :)xx

I hope you kitties all eventually wise up to the fact that humans make pretty good servants and are easy to manipulate.

Awwwwwww!! Yale, York and Yoshie! You three bundles of fab furrs are adorable!! Mum Shadow is doing such a great job with you three! Yay! Aww we are so glad the Beans are there to look out for you!!!

Thank you for taking such good care of this darling little family. Such cute pictures!

Such cute pictures of the babies!!!

Those kittens are so very adorable.

Thank you for the update. The kittens are growing like crazy and look great.

The kittens are getting so BIG!

Aren't you all cute?

You all are so adorable! We can see why the beans want to watch you!

You kittens are so cute! I really can't blame the humans for wanting to watch and play with you.

You three are so cute. You will get use to the beans soon!

You are a cute little family and Shadow is a good mum.