Shadow and the Kittens

Friday Ms. Shadow moved her kittens.  They went from the little box to an old stand that is on the balcony.

Tracibug moved some things around so they could be comfortable 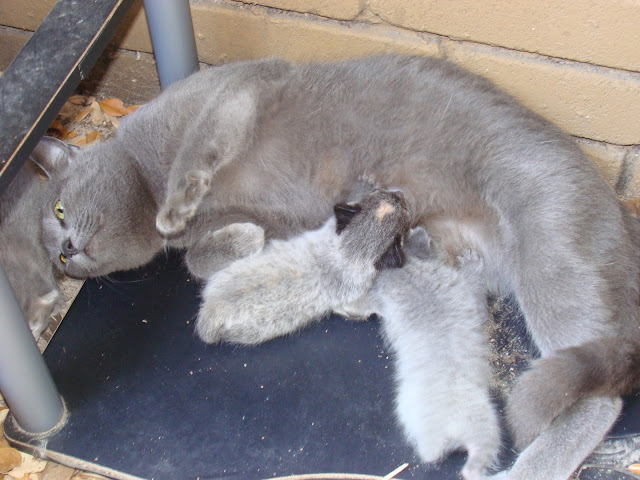 As you can see they really liked that. 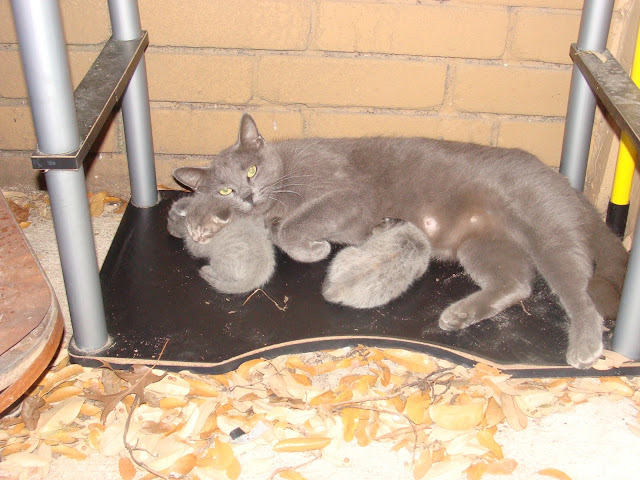 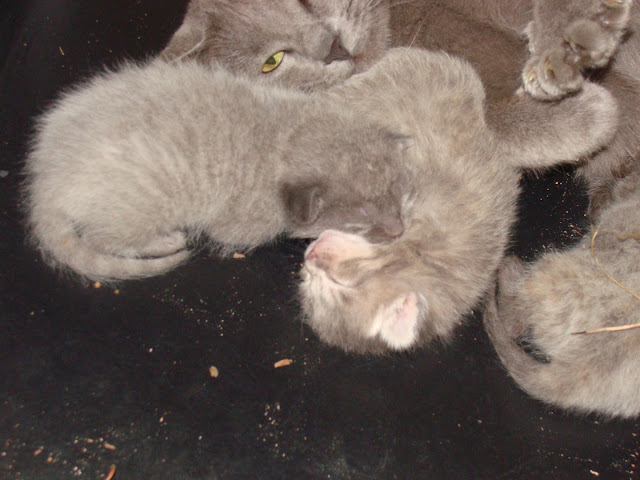 Sunday morning rolled around and yikes it was a little cool .....

so when TraciBug went out to feed Shadow she took some old towels to put down for them ... it didn't go very well.  Shadow kept on moving them out of the way when she laid down ... while she nurses the kittens she kneads and since none of them were laying on the towels they were just getting pushed out of the way. 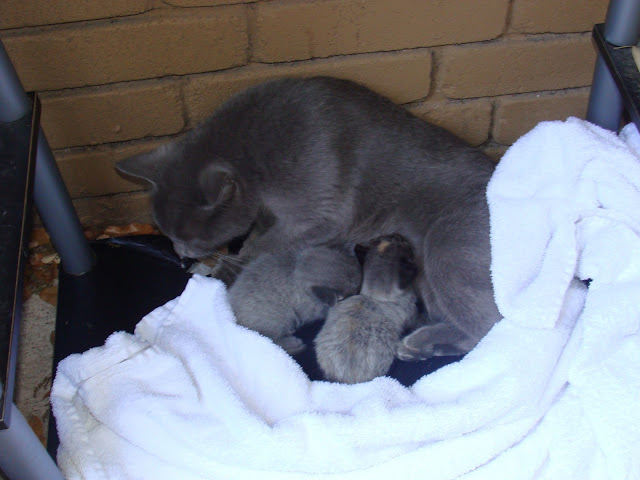 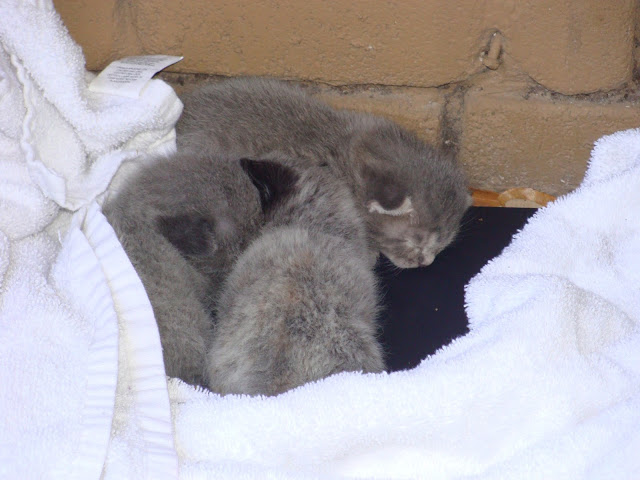 So in the end TraciBug just put the towels down and hopes they will get them all situated.  TraciBug has put several tubs outside for them, but Shadow doesn't want anything to do with them.

Hope you all enjoyed the pictures and have a wonderful day!!!

They are so sweet and the mom looks just like our Audrey who is spayed now.

A proud mom and her babies.

We hope they are warm. Maybe mum will make a bed when she is alone.
Have a serene Sunday.
Best wishes Molly

They are such a lovely little family. I hope Shadow makes a warmer bed when she is on her own. Hugs GJ x

SQUEEEEEE! Maybe Momcat will use the towels after Tracibug leaves.

Oh lookit those cuties, especially the one with the speck of orange on his/her head.

We hope Shadow uses the towels to keep the babies warm. Since she dose not like the tubs, she may be trap shy, too!

I like to think momcats know best... but man! I would totally take towels over a hard surface. I hope Shadow changes her mind about them.

Oh my goodness, they are ADORABLE!

Little kittens are so adorable. You tried to make them comfortable and warm - good job.

Shadow is a good momma.

We're sure Mom Shadow will get the kittens warm within those towels.

The Meezers or Billy said...

Shadow is just beautiful!!!! And her little ones are sooooo cute!!!! We are glad you are watching out for her.