The kittens have totally taken over the balcony ..... remember a certain kitten that didn't make the climb up from the last adventure they had on the plant stand .... well he/she made it this time. 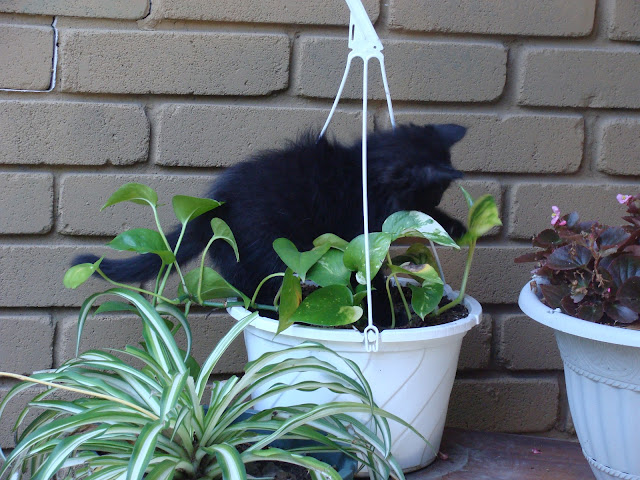 Yoshi on her way up to join in on the adventure 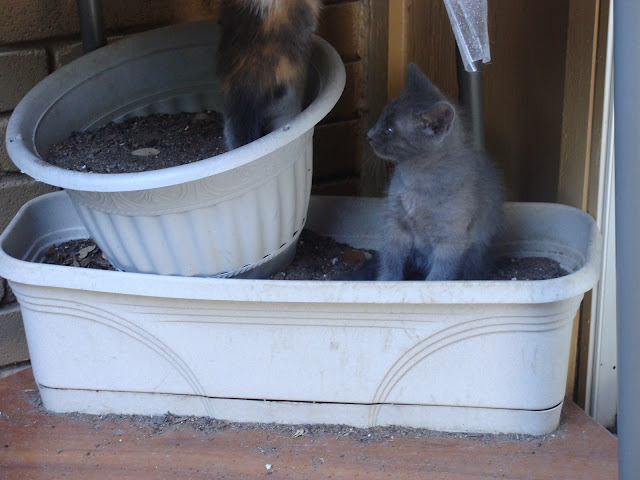 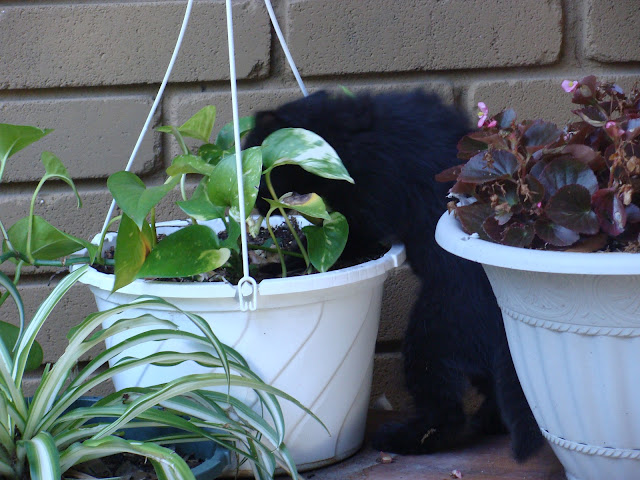 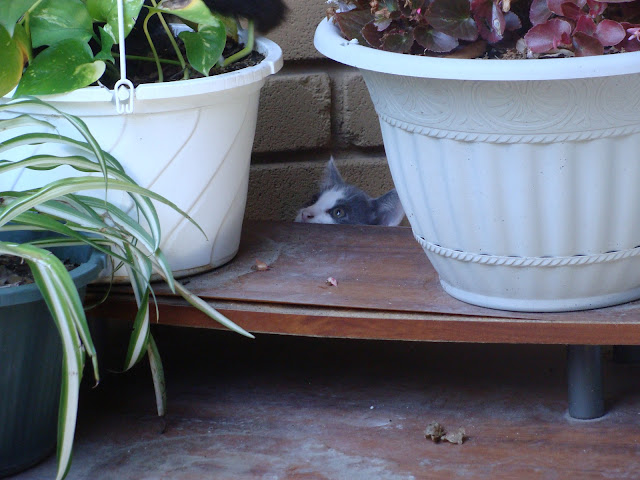 Yale looking to see who is below 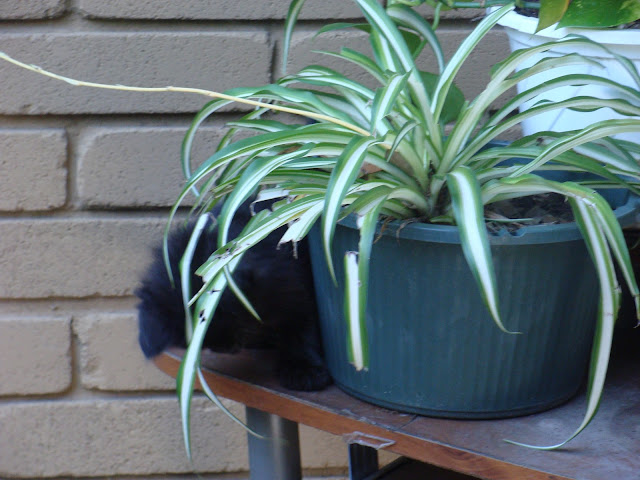 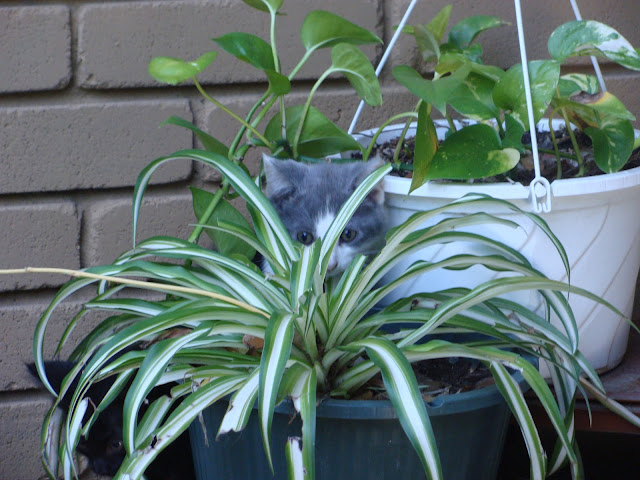 York trying to figure out how to join in on the fun ..... 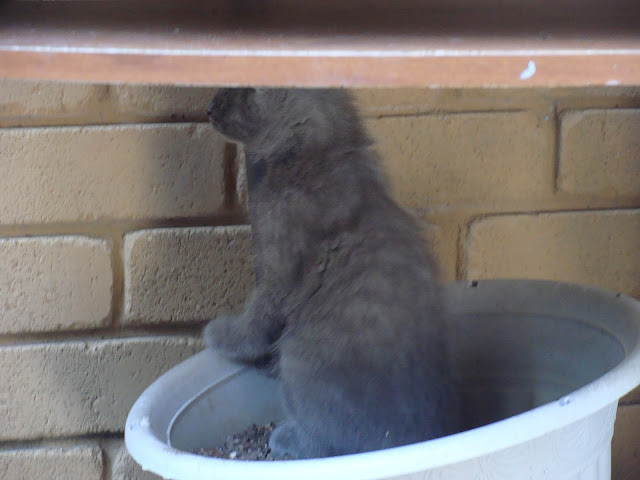 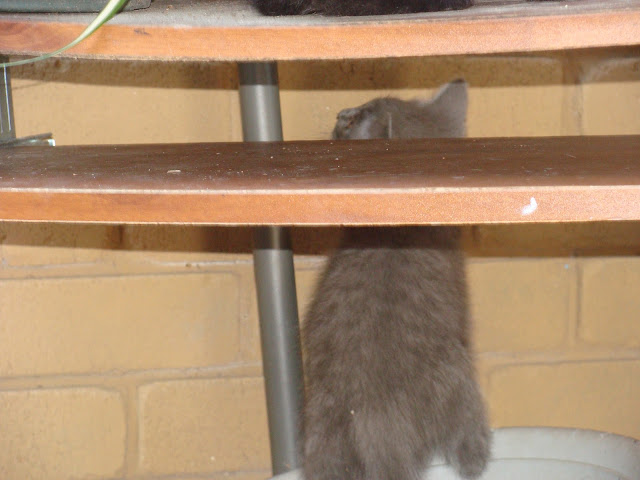 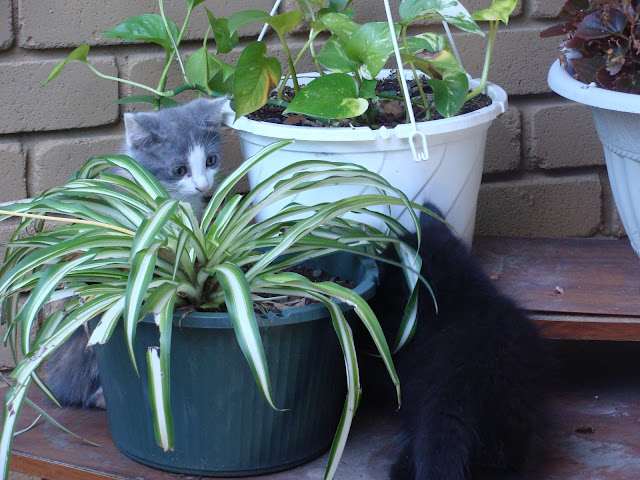 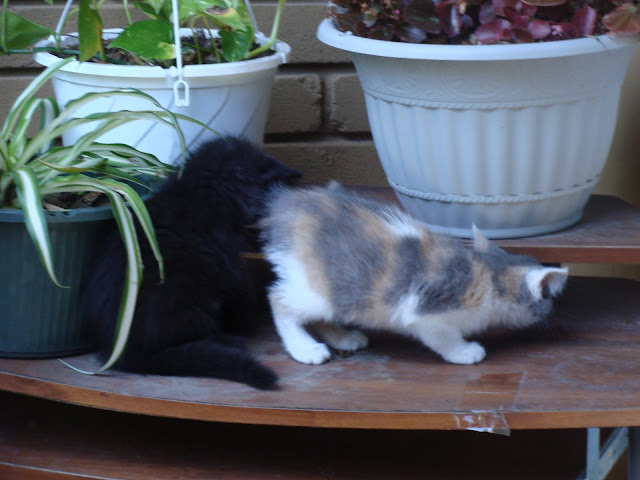 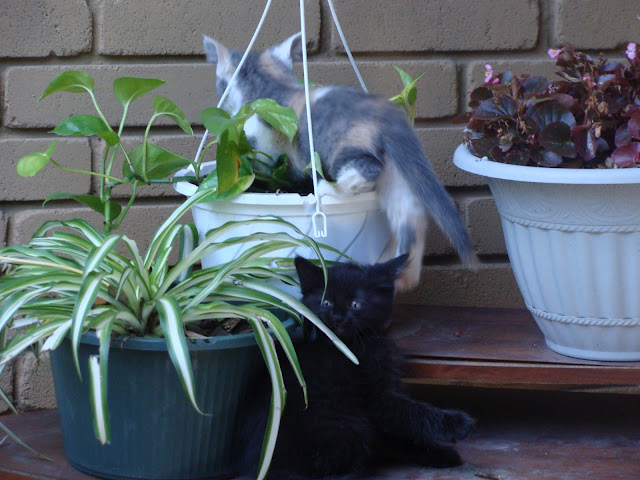 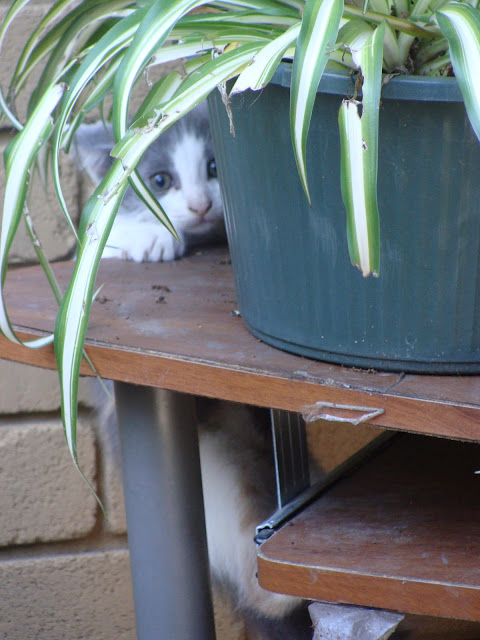 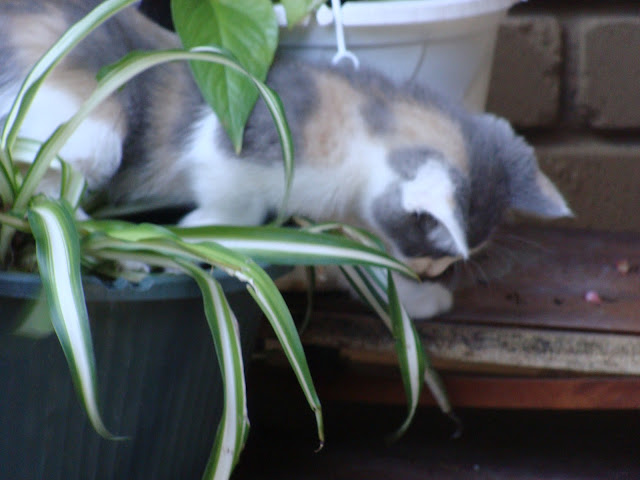 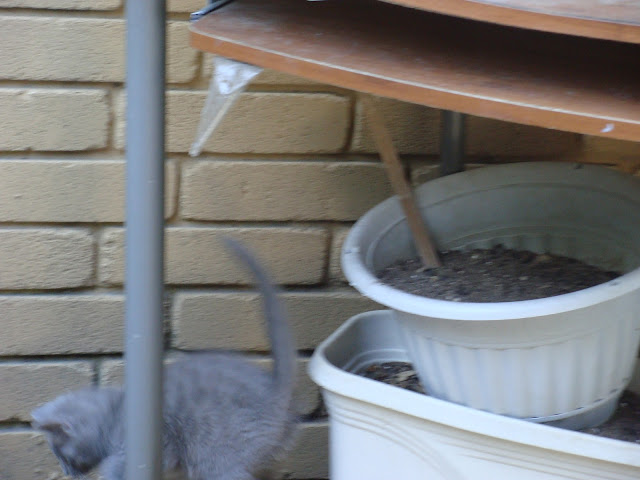 The next morning ...... I don't think they spent the night on the plant stand 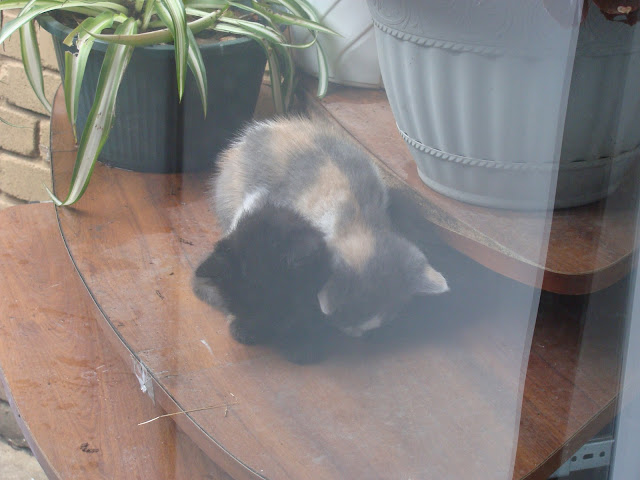 And my plants today :o( 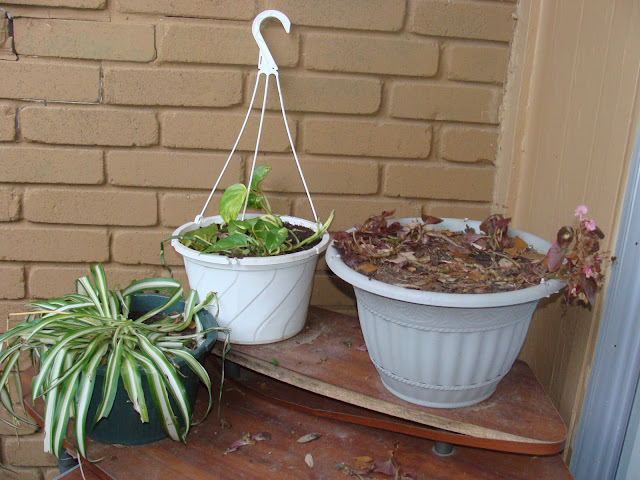 They have been having tooooo much fun ... lookie the mess I get to clean up 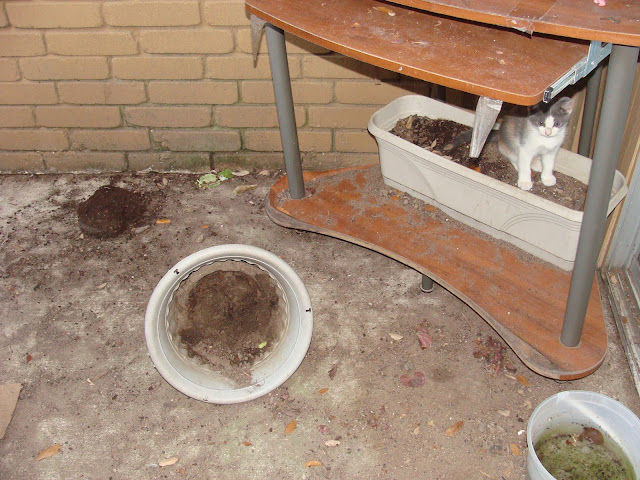 Oh and some one had asked if Shadow still comes around.  Yes, she is still around and tries to come inside when ever we open the door.  It's really getting hard to get outside.

Awwwwwwwwwwww, we could spend hours and hours watching them play. I think they are finding the plants very comfy bedding :)xx

The djungle turned in to a dessert *MOL*
They sure hade fun there for a couple of hours !

OMC, those kittens have reached the beyond-adorable stage! The stage where they can destroy anything and everything and it is totally forgivable!

Oh, to be that age again!

Such adorable kittens. How can one even get angry with them for making a mess. hehe

Never a dull moment with kittens around! How can something so tiny make such a mess! Very interesting Shadow wants to go inside!

Such cuties! Who could be cross with them?

When they're ready to be spayed/neutered, please let us all know so we can chip in, okay? Ditto for the mom, Shadow.

Continued purrs and universal Light to Judi and to you all.

What joyous fun! Kittens!! And what marvelous photos you got! We love it all ... =)

Those kittens are just too cute. What fun for you. Big hugs to Judi-bug. Take care Traci.

I love that last photo--it wasn't me! I'm glad they are doing so well. Hugs to you all!!

I would never get any thing done from watching them!

The kitties are getting soooooo big.. soooooo FAST!!!

I think they are playing jungle. Very fun spot for them.

Hi Sammy, Andy, Shelly, & Sierra!!
Wow!! Those kittens are growing fast. Do you have TNR where you all lives for Miss Shadow? Are y'all going to trap the kittens and take them to an animal shelter?
Wesa just curious... :)
Much Luvums,
The Slimmer Puggums
George, Gracie, Toby, Lily, and Mimi

Mum loves it when kittens get into a fuddle and they try to climb and work things out.
Luv Hannah and Lucy xx xx

Well, they sure are having fun in that planter. Cute!

Sending purrs and prayers for JudiBug, and for all of you.

They are all so precious and so adventurous. There is nothing sweeter than a baby kitty.

Those kittens are so cute!!

Those kittens are way too cute. They must provide hours of entertainment!

Cutie kittehs. Our Dad decided long ago that kitties & plants just didn't work out, for what are obvious reasons.

PS: If they are what we thing they are, some of those plants are not good for kitties to munch on. You might want to move them someplace safer for both the kittehs & the plants.